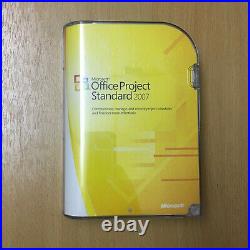 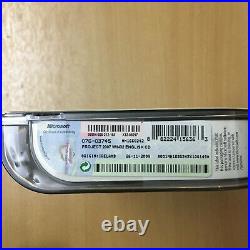 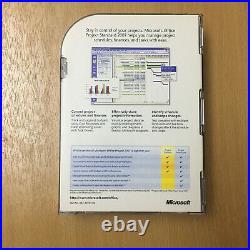 Microsoft Office Project Standard 2007(Retail Edition NOT OEM). A Review of Microsoft Project 2007. Project management has become easier in many ways with the creation of software packages specifically for that task. And Microsoft has had its application designed to fill that niche for some time. But the question is whether the MS Project 2007 lives up to expectations.

So lets take an in-depth look at this application and decide for ourselves whether it's truly worth the cost. History of MS Project 2007. Was actually introduced in 1984 for DOS by a company that was currently working for Microsoft. In usual Microsoft fashion, the company bought all the rights to the software and created a version 2, which they promptly made available to the world.

Once Windows came onto the scene, a GUI version of Project was created as well. Beginning in 1992, Microsoft began to crank out new versions every few years - with multiple enhancements and bug fixes - which brings us up to the current version of 2007. Several versions of MS Project for the Macintosh have been created, beginning in 1991. But unfortunately, the Macintosh OS X does not support any versions of MS Project.

Microsoft Office Project Server 2007. The Professional edition includes the same features as the Standard edition, but with a few enhancements. In conjunction with Project Server, the professional version provides even more functionality. The Web Access version requires Project Server, as it is not a stand-alone product. The software might be found slightly cheaper on Amazon or a similar retailer, but don't expect a big difference in price unless you are a student. Prices for Project Server and Project Web Access fall under volume licensing guidelines, so you'll need to contact Microsoft directly or an authorized reseller for more information. So what computing resources do you need to run MS Project 2007? The client versions - Standard and Professional - have fairly low requirements, but as with all Microsoft-stated requirements, they should be taken with a grain of salt. For minimal installation you will need the following. 1.5 GB Hard Disk Space. Minimum 800×600 resolution / Recommended 1024×768. Windows XP with SP2 or Windows Server 2003 with SP1. Project Server 2007 is required for Project Web Access edition. Professional and Server are required for enterprise level projects and resource management capabilities. Windows SharePoint Services 3.0 is required for publishing projects and Project Task Lists. The requirements for Project Server 2007 are. A server with processor of 2.5 Ghz or higher / Recommended dual processors, 3Ghz or higher. 1 GB RAM / 2 GB or more recommended. 3 GB Hard Disk Space. Minimum 1024×768 or higher resolution. Any of the Windows Server 2003 editions plus available Service Packs. Windows SharePoint Services 3.0.

So feel free to provide more RAM, hard disk space, or processing power if available. Depending on your usage - can easily use up everything you throw at it and then some. One of the first things you will notice with MS Project 2007 is its integration with the rest of the Office Suite. As with all of the Office products, Project has tools for importing from Excel.

It also has tools to export Project data to MS PowerPoint, MS Word or MS Visio. In the newest version you can actually use pivot tables to view your Project data in various ways. Another new feature in the current version is the ability to build work breakdown structures (WBS) or resource diagrams within Visio Professional. And as with any other Office product, you can use the online help to obtain templates, training and much more.

This type of integration is available in all versions, although it is severely limited to only a few functions in the Web Access version. But if you already own other Office products, Project can very quickly become a useful tool in your project management arsenal.

In Part 2, we'll begin to take a more detailed look at the different versions as well as how the features compare to other available project management software. If your looking for a great MS Project 2007 reference book, read Deanna's article,' Microsoft Office Project 2007: Inside Out: A Good Project Management Resource?

This post is part of the series. Managing Projects with Microsoft Office Project 2007: A Good Project Management Resource? This series reviews the viability of Microsoft Project 2007 for project management. The pros and cons of this software are discussed in detail, as well as what makes this a better or worse choice among the available choices in project management software. Table of Microsoft Office 2007 Editions. Office Customization Tool is used to customize the installation of Office 2007 by creating a Windows Installer patch. MSP and replacing the Custom Installation Wizard and Custom Deployment Wizard included in earlier versions of the Office Resource Kit that created a Windows Installer Transform. Please confirm what you required and we would forward price details and related information. (Just off the A41, 2 miles from M1/A5/A41 BrentCross interchange). We only supply equipment sourced from UK distribution which is thus official UK specification product. This includes problems with: compatibility, driver/software conflicts, improper installation, etc. All sales are considered final.

We have been caught out only the once and now take precautions that would most certainly involve legal action being taken should you be found guilty of fraud. Don't waste your time or our's. This item is in the category "Computers/Tablets & Networking\Software\Operating Systems".